Chris McCoy dreamed of a historic house with a white picket fence for a long time but the city seemingly only offered overpriced small condo spaces. The suburbs were home to many but lacking in culture, diversity and edge. On a fateful day in 2000, when parking for a nearby restaurant, Chris would find the historic house in Dorchester’s Polish Triangle that he and John would move into and restore. Still a work in progress, Chris found himself in a vibrant neighborhood where he would make connections with new friends, gay and straight that introduced him to civic pride. He joined the local civic organization, the historic society and then found DotOUT, where he was intrigued by the blend of social networking, community service and charity work. He joined the steering committee in 2009 and was appointed to President in 2010. Since then, he has worked towards a more diverse mission and an expanded presence not only in Dorchester but in Boston and the state.  Armed with an eye for theatrical design, costumes, and themes, he transformed the DotOUT parade experience from a few banners to full on hand crafted over the top experiences garnering notice from media outlets and awards from the Boston Pride community.  In his professional life, Chris works at a major teaching hospital in Boston as Associate Director of the Antimicrobial Stewardship program with a faculty appointment at Northeastern University and serves on the research board at the Fenway Institute.
Terms: 2009 – 2011 – 2013 – 2015 – 2017 – 2019 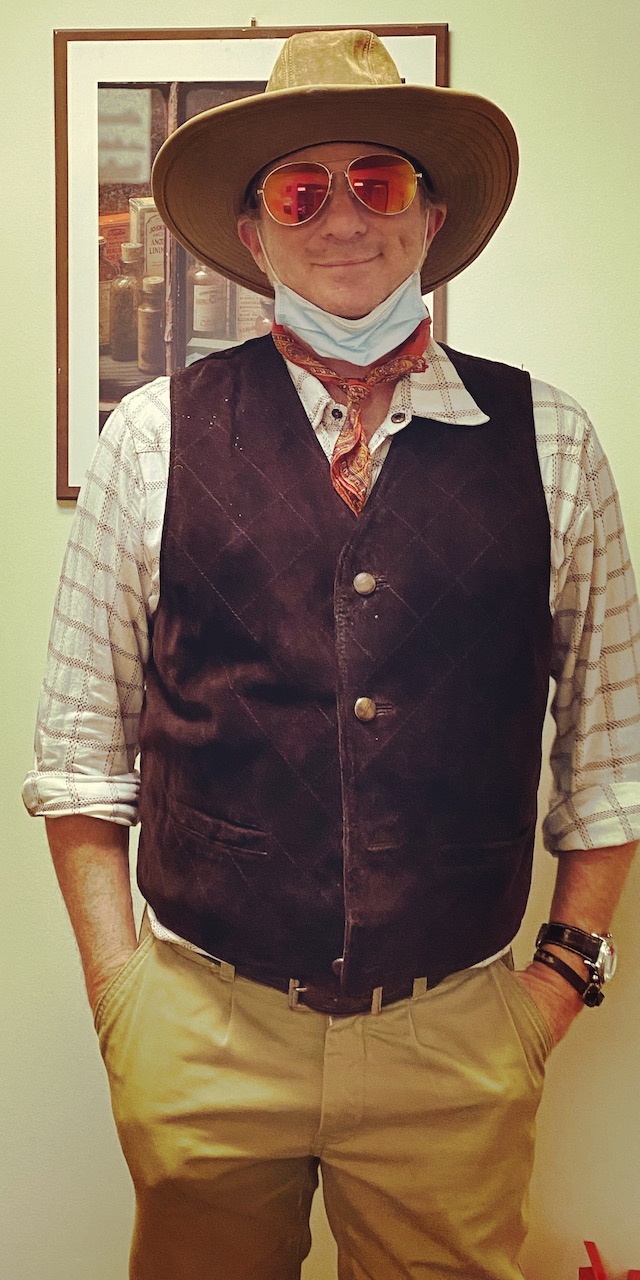 Matthew Duffy is different.  He continues to quote “The Prince of Tides” at will but also can cite a legal treatise just as quickly . Half Italian and half Irish, he can whip up a calzone in a nanosecond but also likes the Dropkick Murphys.  Originally hailing from Rhode Island, Matthew returned to New England by way of Washington, DC and Los Angeles, California. Reflecting on his past while planning his future, Dorchester seemed to be the obvious choice. As he and husband Scott Mills began to plan a more dual state residency, they have downsized from their Victorian on Jones Hill to a South End respite. 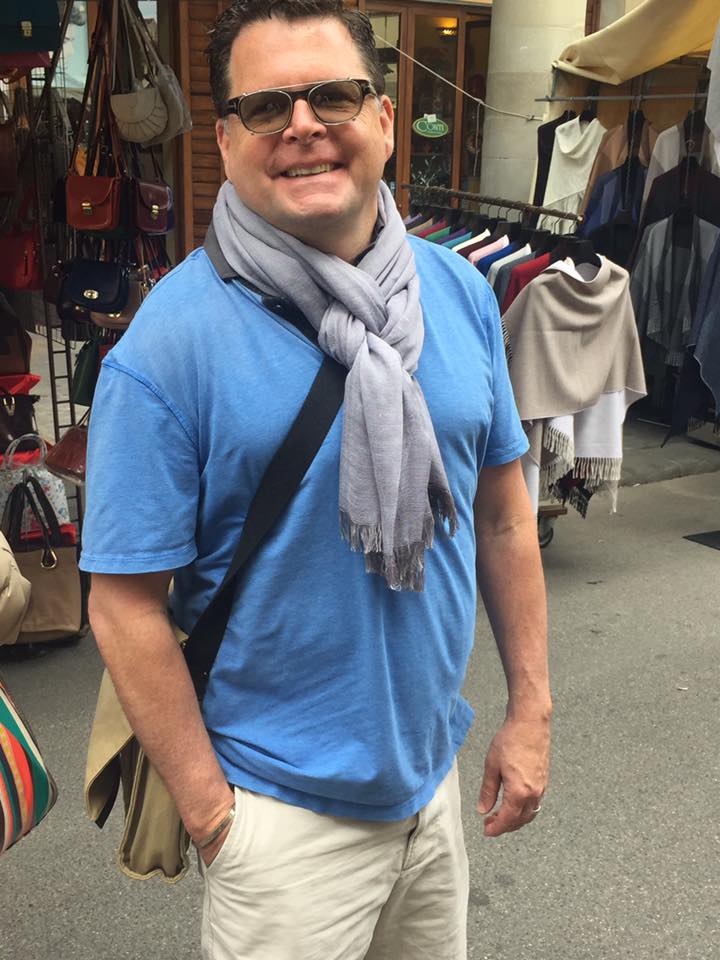 Matthew is a member of several civic and professional organizations in the Boston area. He has been a member of the steering committee of Fenway Health Men’s Event as well as one of the founders and current board member of Gay for Good – Boston. As a practicing attorney and principle of Duffy Law Group, he is on the board of directors of the Massachusetts LGBTQ and the Justinian Bar Associations. Matt considers himself and excellent skier; however, that is open to debate.
Terms: 2010 – 2012 – 2014 – 2016 – 2018 — 2020

Mark Haley’s introduction to DotOUT came when he helped with the Dorchester Day DotOUT parade float. Realizing the work that was being done would help build bridges with neighbors in Dorchester, he saw DotOUT as an essential group and one he should learn more about. Mark first moved to the St Mark’s area of Dorchester in 1993 for three years and then returned for the long term when he bought a house in Jones Hill in 2000. He joined the DotOUT steering committee in September 2008 as a commitment to both the Dorchester and gay communities – two passions of his. 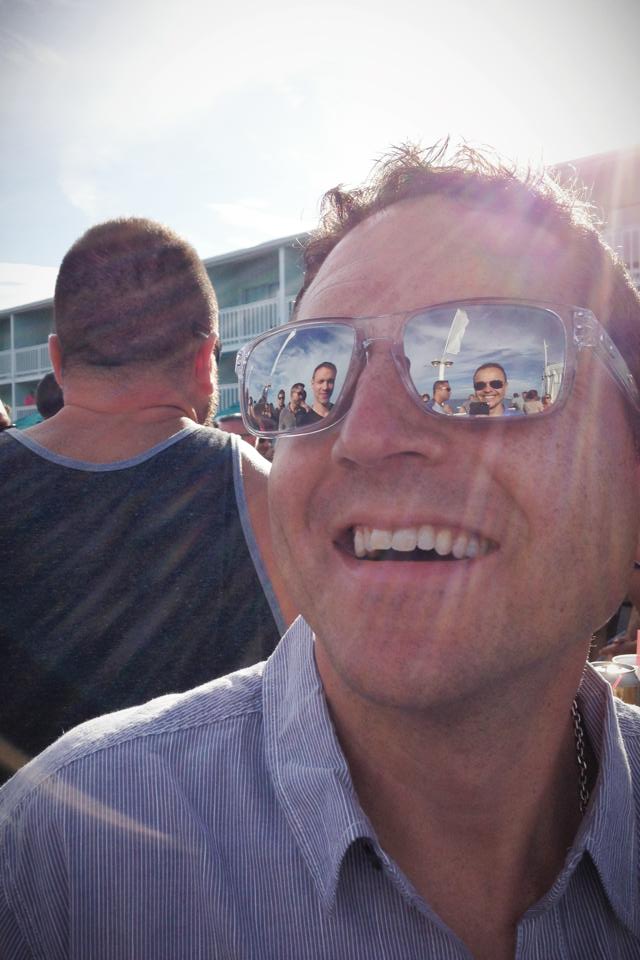 Mark founded Above and Beyond Catering, Inc, in Boston in 1996. As president of the company, his primary focus is to keep his vision of delivering creative and good food, consistently to all his customers. Mark is proud to say that his first big job was from Codman Square Health Center where he helped run their Men Cook for Women’s Health fundraising event; he has been doing this for 11 years now. His clients range from corporate to individuals, large weddings to intimate gatherings. Mark is a graduate of the 2005 InnerCity Entrepreneurs program and holds a B.A. degree in Hotel and Restaurant Management from the University of Massachusetts, Amherst. Mark is also currently the Chairman of the Board of the South End Business Alliance.
Terms: 2008 – 2010 – 2012 – 2014 – 2016 – 2018 -2020

Laura was born in Illinois and grew up in Wisconsin, but is pretty sure she was searching for Dorchester her whole life. Laura came to Massachusetts in 2002, courtesy of the U.S. Air Force, in which she served as an active duty JAG. Soon after landing in Boston, Laura met Pamela, her future wife. Laura and Pamela lived in Savin Hill until 2009, and thereafter moved to a giant house that they love in Ashmont. They married in 2012 on their 10-year anniversary of being a couple. 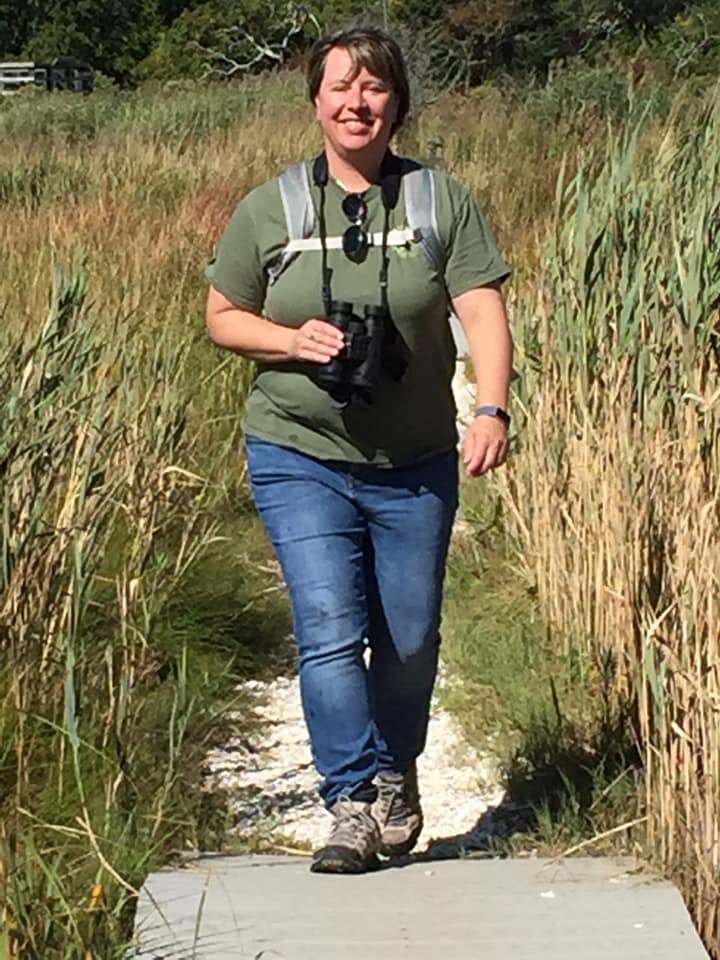 Laura and Pamela both love Dorchester’s great diversity and community, and try to involve themselves in things that better Dorchester and greater Boston. Pamela previously served on DotOUT’s board, and now it’s Laura’s turn. Laura also tutors fourth graders in math once a week through Boston Partners in Education, an organization that places tutors in the Boston Public Schools, which Pamela just happens to run).

Laura enjoys cycling, yoga, nearly all things sports (especially the Red Sox), craft beer, and birding. She is fine if you want to tease her about the birding.
Terms: 2017 – 2019

Despite her chronological maturity, Stephanie, the “baby” of six siblings, has the dubious distinction of never having quite grown up. Long Islander by birth, she then spent her formative years in backwoods Maine, after which the coast beckoned her to California, DC, and finally Boston, which she has called home for the last 37 years. She and her partner have been proudly “DBC” since 2002. 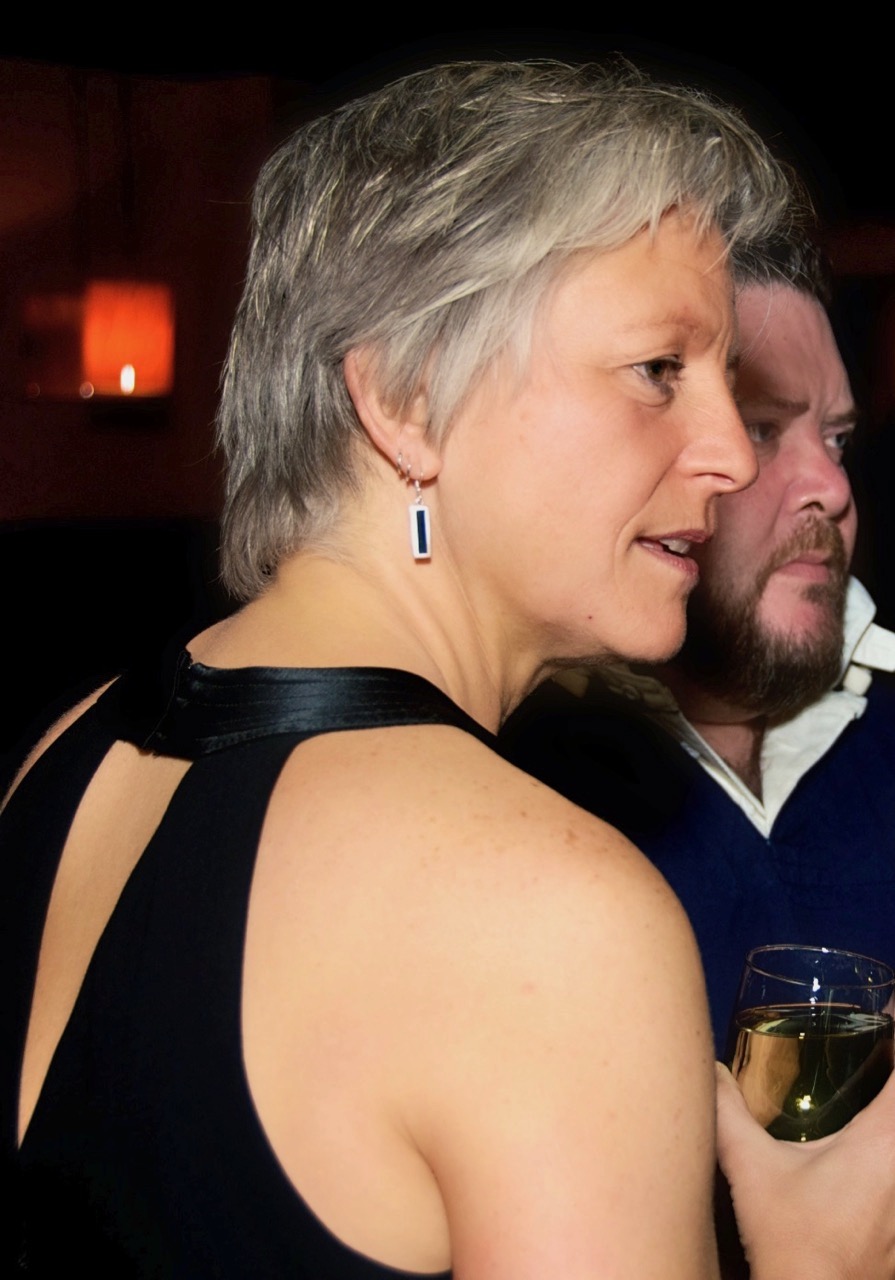 Stephanie was conscripted into board service by DotOut founders shortly after it launched in 2004 and has remained active in one capacity or another since then. “The enterprise of building community – being involved in and giving back to – this diverse neighborhood feels meaningful and worth it to me.” Her career has focused on coastal and marine planning/policy and stakeholder engagement/consensus building. Stephanie is an unabashed cat lover, aspiring surfer, and avid fan of Mary Tyler Moore (RIP). Around the local coffee shops she is known as “Tiny Two Shots”. 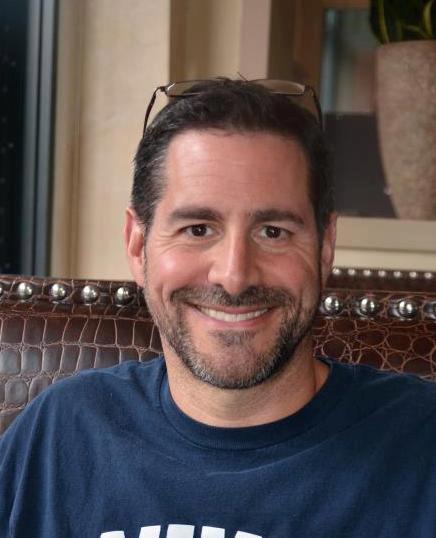 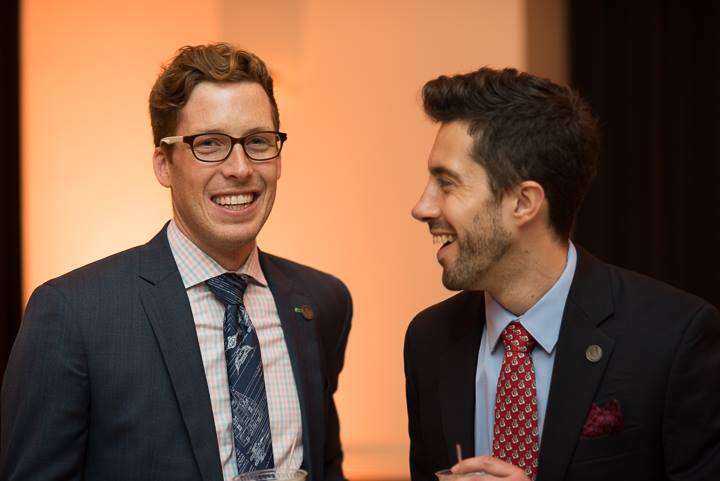 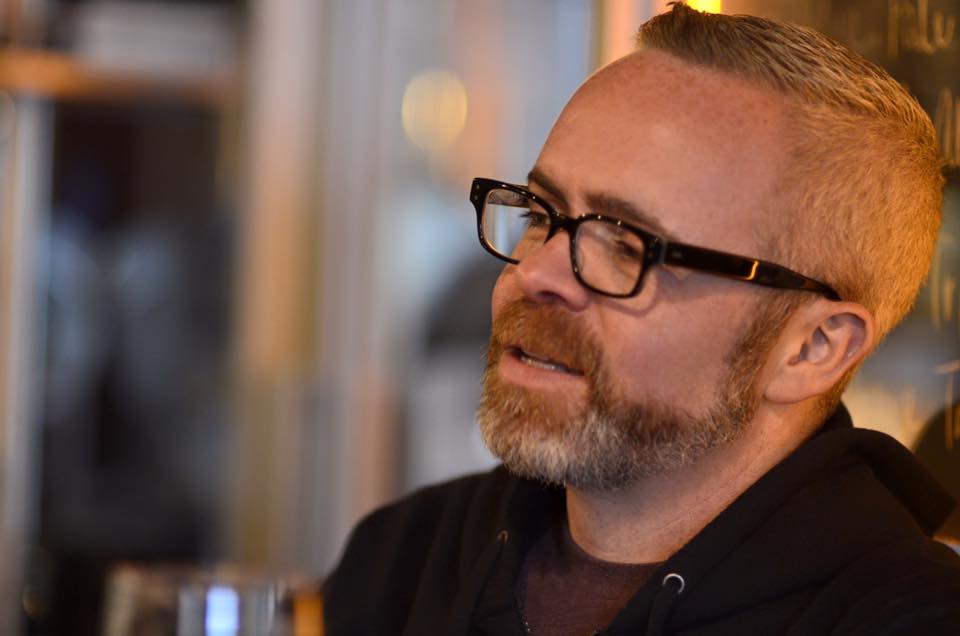